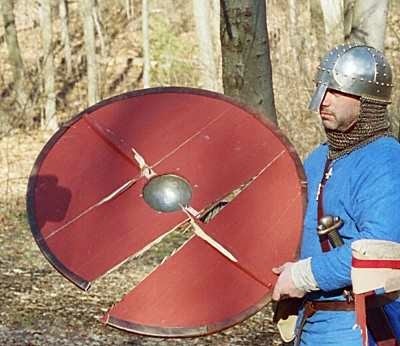 As I work through the rewrite of HOW, I am looking at some options. At this point I do plan on excising both the Berserk offense action as well as the All out Defense action.

One of the additions I am considering is the defensive action Broken Shield: A shield may be sacrificed in battle to absorb 3x it's normal AR from one attack. The shield is then useless, broken and provides no further AR protection.

In essence you give up your shield to soak up 3x its normal damage protection--but it's destroyed immediately after.  Thoughts or issues?
Posted by Fenway5 at 6:15 AM 21 comments:

In the days before the oceans drank Atlantis 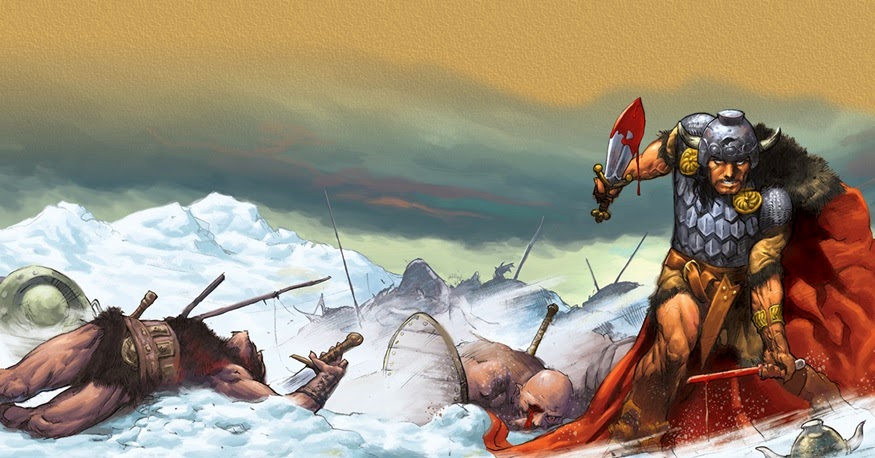 There is a Kickstarter for a Conan themed skirmish game with tons of great minis up now!

Damn I love me some Conan--and despite the expensive price of the game---my lovely wife agreed on this splurge so I am one lucky fellow by Crom!

Give it a look, the system seems pretty cool and my only worry would be the number of maps/scenarios may be limited out of the box...but I have enough Pathfinder map sheet/tiles that I think I can crank out my own. Maybe even convert other minis into the system for skirmishes...that could be cool.

A review of Tome of Terrors and Treasures...part 1 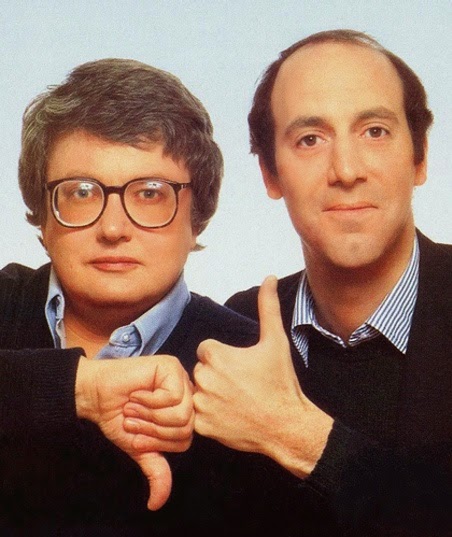 If you are curious, see part 1 of Buzzclaw's thoughts on the new monster book! Point your Google machine clicker to his site and read on true believer!

Sorry lots of travel recently and the real job has started in 5th gear this year--so I am a bit short on "free time" currently.

I am hoping to edit together a Cauldron #2 this month and then get cracking on the HOW core revision.

Thanks for your support and keep on gaming!
Posted by Fenway5 at 5:19 PM 4 comments:

Sooner rather than later While the revised edition of HOW was planned for 2016-- I think revising now would be better than waiting until later. Why? Because it needs to be done and the additional character options I have planned may only compound confusion if the core rules are not tightened up now.

My plan is to clear it up, clean it up, remove ambiguity and condense it down.  The revised core rule book will also drop in price and there will be less overall content.

It will contain the core rule, skills and equipment There will be some IQ 8, IQ 9 , and IQ 10 spells, some creatures and some treasures.  The core rules price will also drop, most likely in half to $10 print and $6 PDF.

Over in the forums I set up a  "revised edition" thread where you can post your issues that need to be fixed.

I am clear already that the Berserk combat action needs work.  :)
Posted by Fenway5 at 4:14 PM 18 comments: