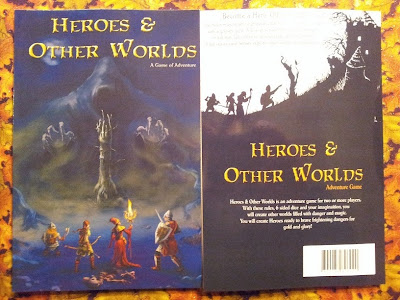 Worse? There are some minor bits I want to add.  Nope, nothing to derail it from release in the next week, but I can't leave something half done.  In essence there are some "special bits" I added to a few creatures and I think there are some additional creatures who could use the same extra line or two.  Again nothing major, but its the kind of thing that I think adds just a little something.

Everything else is good to go, @ 124 pgs its quite a bit larger than I had planned but I think its a solid  digest sized core rules book.  Some additional tweaks/edits and its ready to venture forth.